Last post, I commented on how frustrating it was to hear announcers spout off about Tom Brady and Deflategate before reading the Wells Report. I decided to read it myself.

My goal is to neither bash the Patriots nor exonerate them. I simply aim to provide an objective review of the Wells Report.

NFL rules say the ball must be inflated between 12.5 and 13.5 psi. Teams prepare 12 footballs before games, and the refs check air pressure with a gauge. The NFL referee manual specifically states that if a ball measures below 12.5, the refs need to inflate it to exactly 12.5. If it’s above 13.5, the refs need to reduce it to exactly 13.5. (As stated on pg 36 of the Wells Report.)

The problems that caused Deflategate, from what I can tell, stem from two inconsistencies.

First, different gauges give different readings. For Deflategate, two gauges were used to measure psi at halftime and after the AFC Championship. Both gave inconsistent results.

Second, NFL officials (at least some) don’t apparently measure how much air they add to footballs deemed underweight. AFC Championship head ref Walt Anderson claims that officials added air to 2 Patriot footballs before the game, and that he made sure they were at exactly 12.5.

From what I’ve read, my guess is that over time there were instances when Patriot footballs measured under 12.5, and refs didn’t always check psi after adding air. Based on texts between the Patriots ball boys, some footballs were likely over the legal limit of 13.5. It seems plausible that the Patriots concocted a system to reduce psi in footballs, countering against footballs that were sometimes overweight after NFL officials added air.

Two alternate refs, Clete Blakeman and Dyrol Prioleau, measured psi with separate gauges at both halftime and after the game. Head referee Walt Anderson used one of the gauges before the game.

Halftime readings are all over the place. Blakeman’s gauge reads anywhere from .45 psi over Prioleau’s, to .45 psi under Prioleau’s. That’s a 45% difference both ways. Considering the legal window is 1 psi, that’s hugely significant. Post game, readings differ between 35-40%.

3. The texts between the two Patriots staff members are both telling and weird. 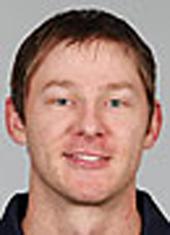 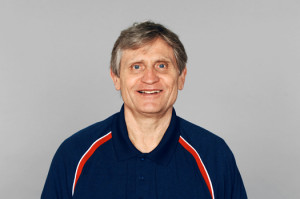 “Jastremski: I checked some of the balls this morn… The refs (cheated)

us…a few of then were at almost 16,,,,They didnt recheck then after they put air in them”

He used a more colorful word than “cheated.” But the last line really says something despite the spelling goof. Refs seemed indifferent toward psi being exactly 12.5 after adding air. (According to the box score on Pro-Football Reference.com, the head ref was Bill Leavy.)

Jastremski testified that Brady complained on the sidelines during the Jets game that footballs were too heavy after the officials handled them. Jastremski stated that Brady asked if McNally could do something.

McNally’s and Jastremski’s texts after the Jets game:

Jastremski responds by saying he spoke with “tom.” “Tom” said McNally must have a lot of stress to “get them done.” Jastremski adds the comments about footballs at 16 psi.

McNally responds: (Forget) tom …16 is nothing…wait till next Sunday

McNally used different words that start with the letter “F.” Is he joking around, as he and Jastremski claim in the investigation? Here are some texts in days leading up to the next week’s game vs. the Bears:

Jastremski: Can‟t wait to give you your needle this week :)

McNally: (Forget) tom….make sure the pump is attached to the needle…..(freaking) watermelons coming

McNally: The only thing deflating sun..is his passing rating

Jastremski: have a big needle for u this week

McNally: Better be surrounded by cash and newkicks….or its a rugby sunday

McNally likes to curse Brady’s name. More interesting is how he threatens to overinflate the footballs if he doesn’t receive shoes and cash in return. Jastremski double checks McNally’s shoe size, and McNally states, “Tom must really be on you.” Jastremski replies “Nah. Hasn‟t even mentioned it, figured u should get something since he gives u nothing.” Months later, McNally asks Jastremski for Brady autographs.

It’s a May 2014 text-versation, however, that illustrates the two of them may have been working out sneaker deals, at least amongst themselves, months before Jastremski’s big needle game plan vs. the Bears.

According to the report, Jastremski didn’t answer. McNally, however, followed up:

McNally: Chill buddy im just (messing) with you ….im not going to espn……..yet

You can guess McNally’s writing style to surmise what synonym he used for “messing.” This text-versation also implies that McNally previously deflated enough footballs to derive his personal identity from such deeds. Cue 1970s pop smash: “How long has this been going on?”

The report seeks to find whether the Patriots made “deliberate efforts to circumvent the Playing Rules.” Video evidence depicts McNally taking footballs into the bathroom after the refs checked them. It’s pretty clear he deflated them. Now, whether he purposefully aimed to bring them under 12.5 to “circumvent the Playing Rules” is very debatable. My guess is he just stuck a needle into the footballs, not caring whether the psi ended up being 12.0, 12.5, or 11.2. He simply made sure Brady didn’t get one “at almost 16.”

Based on what I’ve read, a better explanation might be that Patriots circumvented pre-game procedures to negate the chance of receiving overinflated footballs. Still a punishable offense, but perhaps not as serious as what Brady and the Pats have been handed. I not convinced they meant to purposefully cheat by playing with footballs under the legal limit.

The report makes a big deal of sneakers and a few Brady autographs McNally received. It concludes Brady had knowledge of McNally’s deflating, the shoes and signatures a thank you.

That finding, in my opinion, is a stretch. Here’s why: In May 2014, McNally deems himself the “deflator.” But it wasn’t until October 2014 that Brady asked if something could be done about overinflated footballs. That leads me to believe that Brady didn’t know what the underlings had cooking, at least not until that point. While it’s possible he knew later, it’s also possible Jastremski got things done without his boss knowing (or wanting to know) how. “I don’t care how you get it done, just get it done,” echoes all over America on any given workday. From what I read, there isn’t anything to absolutely say Brady knew the staff’s exact actions.

That’s not to say that Brady comes out perfectly clean in the report. His testimony does conflict with others on certain side issues.

The report is over 240 pages. The “Executive Summary” provides a good overview, and coupled with the Table of Contents, you can find important spots quickly. I’ll admit to not having read the entire report, but rather a significant amount.

You can read the Wells Report here.

Experience NFL history through the eyes of 40 NFL legends, including 13 Hall of Famers:

Order The Game before the Money at Amazon (and also available on Kindle!).

Order The Game before the Money at Barnes and Noble (and also available on Nook!).

In honor of perhaps providing you with better info about Deflategate to make your own decisions, we’ll post a classic IBM “You Make the Call” aired during Super Bowl 22.