UPDATED: Super Bowl 48 was a bit of an anomaly. Maybe. We’ll see if Russell Wilson wins another Super Bowl, which he’s already in position to do. Stark reality looms for teams without a quarterback sporting a championship ring: Out of nearly 50 Super Bowls, only 31 quarterbacks have won. 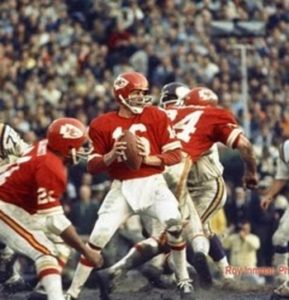 Wilson and Joe Flacco won the last two, perhaps slightly bucking the trend. In the Super Bowl era, however, Super Bowls 3-5 were the only three straight SBs in which the winning quarterback didn’t win multiple times on Super Bowl Sunday. Even that statistic’s a stretch, as SB 5 was Johnny Unitas’ third NFL championship, and SB 4 was Len Dawson’s second title, including the 1962 AFL Championship. (NOTE: For simplicity, I counted the Unitas/Earl Morrall tandem as one winning QB.)

A roll call of top single-time winners includes Joe Namath, Len Dawson, Ken Stabler, Steve Young, Brett Favre, Peyton Manning, Aaron Rodgers, and Drew Brees. All exceptional talents, and high above the majority of their peers. Add those 8 with the multiple winners, and you’ve got 19 of the 31 Super Bowl winning QBs. Moreover, it’s 75% percent of the games (36 of the 48 Super Bowls), 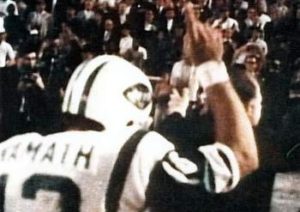 Namath giving the only finger that matters after SB 3.

All of the American Football League championships before the merger were won by multi-winning QBs. George Blanda won the first two before Dawson beat Blanda in the 1962 title game. Tobin Rote quarterbacked the 1963 Chargers after doing likewise for the 1957 Detroit Lions. Jack Kemp won the last two with the Buffalo Bills the final two years before the merger. The Cleveland Browns won every AAFC championship, guided by Otto Graham. Graham also led the Browns to 3 NFL Championships. 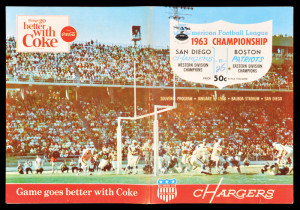 It gets more disconcerting if you have a low-grade quarterback running your team. Most one-time winning quarterbacks beat forgettable quarterbacks in championship games. Trent Dilfer beat Kerry Collins. Doug Heinrich beat a man named Ed Brown. Rarely does a quarterback below the golden grade win over a top-tier QB for a championship. There are a few exceptions, such as Doug Williams topping John Elway, and Frank Ryan getting the better of Johnny Unitas. Williams’ and Ryan’s defenses, however, gave up a combined total of 10 points in those games.

If you add the 1940 – 1966 era to that to the Super Bowl Era, 50 of 72 championships were won by quarterbacks who won at least one more championship. Only 43 quarterbacks have won a championship since 1940 (Unitas/Morrall both given credit for SB 5.)

ORDER  THE GAME BEFORE THE MONEY FROM AMAZON HERE! (ALSO ON KINDLE!)

ORDER THE GAME BEFORE THE MONEY FROM BARNES AND NOBLE HERE! (ALSO ON NOOK!)